The Coin Charm is a Flair available in Epic Battle Fantasy 5.

The Coin Charm is a necklace made with three gold coins with square holes in the center. They are tied together by a red string that goes between their central holes.

The Coin Charm slightly boosts Attack and Magic Attack, but its main feature is to increase the gold gained from battles. As such, it is recommended that the player give the Coin Charm to a party member in backup as soon as it is available so as to maximize gold. In Equip Remix, it has the same function, but gives boosts to the defensive stats instead.

The Coin Charm has no resistances to elements or status effects.

The Coin Charm is found in the Warp Zone as a reward for completing Jin's quest. Jin is a seasonal NPC who only appears during the Chinese New Year Festival (January 18 - February 25). 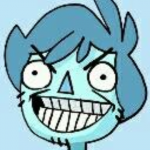