View source
For the element of the same name, see Fire (element). 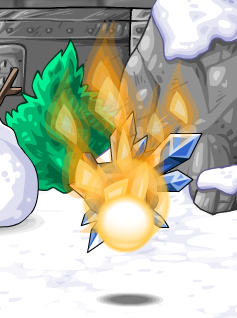 Fire is a basic Fire-elemental skill available for Natalie in Epic Battle Fantasy 3, 4 and 5.

Upon casting, a small burst of flames appears over the target, dealing minor magical damage. EBF5 gives it a very small chance to Burn the target.

Fire largely exists to give Natalie an option for magical Fire damage in the early game. It is quickly replaced by its stronger variant - Fireball.

Fire is one of Natalie's default skills when she joins the party in Ashwood Forest.

Fire becomes Fireball at Level 3. Natalie joins the party with the skill already learned at Level 2.