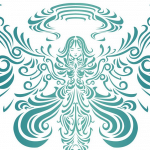 aka EOS or Soul

EXISTANCEOFSOUL is an entity claiming to be human when in truth, s/he knows nothing of the culture. Feel free for criticizing her/him. As an unbeatable boss, the player is given the choice for cheat codes to make her/him mortal so s/he will take damage in battle.

Other Universes Where EOS Has Appeared

Retrieved from "https://epicbattlefantasy.fandom.com/wiki/User:EXISTANCEOFSOUL?oldid=10911"
Community content is available under CC-BY-SA unless otherwise noted.