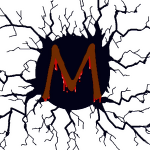 Epic Battle Fantasy: best RPG ever, or BEST RPG EVER? You decide!

Epic Battle Fantasy 5 - every single game in the series just seems to be more polished than the last, and the fifth installment feels very much like the grand finale it deserves. (Although if there ever is an EBF6, I certainly wouldn't complain...)

Adventure Story; it's a neat little game in its own right, and a refreshing depature from the RPG format of the main series. Also helps that the competition in this category includes genres that I'm less fond of, although they're still pretty fun.

Surprisingly, NoLegs - although it's a mighty close race with the others. The idea of a limbless blue cat silently battling undead legions of his fallen brothers and finding items from...somewhere...all to help his friends is both cute and epic. Also, his "fighting" minigames are pretty fun once you know what to do, but that racing one in EBF3's Volcano Peak is pure evil!

Needless to say, I was pleased as punch to finally have a chance to play as the little guy in EBF5 - the frailty is tricky to deal with sometimes, but dang if his Normal Attack isn't hilarious!

Bomb, partly because it's easily the most unique element in the series among a bunch of more generic (but still awesome) elements, but mostly because it utterly devastates most enemies in EBF2 and EBF3. Later games toned it down a bit (and justifiably so), but it's still pretty cool - plus, it's kind of funny watching things like floating jellyfish and cute little dogs live through a barrage of bullets and explosives.

When it comes to "all-time favorite", I'd go with the Praetorian. Wicked design, vicious moveset, and available as a summon once you beat it! Also, it protects the Hammer, which is one of the most pivotal key items in EBF4 (as far as any one key item can be called "pivotal").

As for the others...

Favorite Aspect of EBF4 (discounting everything as a valid response)

The skills! You have a wide variety to choose from, the shared skills enable customization of the characters, and you can even forget a skill and have someone else learn it if you feel like you've made an error (and some of them are pretty tough to settle on who uses it best). EBF5 just made the system even better, to the point where the trickiest part is deciding how best to use the shared skills for any given fight.

Retrieved from "https://epicbattlefantasy.fandom.com/wiki/User:SliverEmperor?oldid=58495"
Community content is available under CC-BY-SA unless otherwise noted.